"Beneath The Surface," by John Hargrove "Over the course of two decades, John Hargrove worked with 20 different whales on two continents and at two of SeaWorld’s U.S. facilities. For Hargrove, becoming an orca trainer fulfilled a childhood dream. However, as his experience with the whales deepened, Hargrove came to doubt that their needs could ever be met in captivity. When two fellow trainers were killed by orcas in marine parks, Hargrove decided that SeaWorld’s wildly popular programs were both detrimental to the whales and ultimately unsafe for trainers. After leaving SeaWorld, Hargrove became one of the stars of the controversial documentary Blackfish. The outcry over the treatment of SeaWorld’s orca has now expanded beyond the outlines sketched by the award-winning documentary, with Hargrove contributing his expertise to an advocacy movement that is convincing both federal and state governments to act. In Beneath the Surface, Hargrove paints a compelling portrait of these highly intelligent and social creatures, including his favorite whales Takara and her mother Kasatka, two of the most dominant orcas in SeaWorld. And he includes vibrant descriptions of the lives of orcas in the wild, contrasting their freedom in the ocean with their lives in SeaWorld. Hargrove’s journey is one that humanity has just begun to take—toward the realization that the relationship between the human and animal worlds must be radically rethought.

'Captivity is always captivity. No matter how gentle the jailer.'
p.19, Beneath the Surface by John Hargrove" 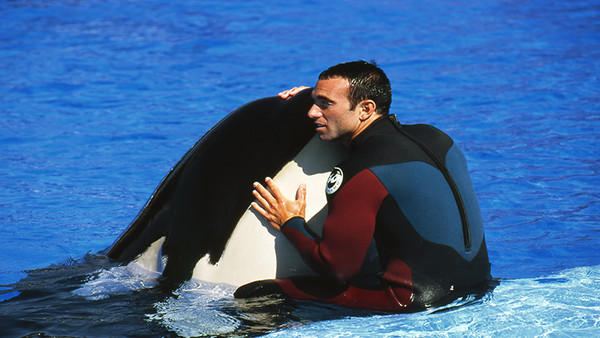